Why are Data Scientists Quitting? 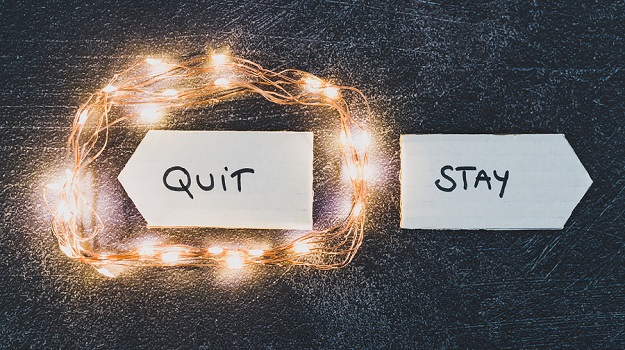 Data Science is a hot job. In fact, it was labelled the sexiest job of the 21st century by Harvard Business Review. It’s a lucrative and challenging career area that is consistently expanding. Despite the industry’s glamour, Data Scientists are quitting at concerning rates. With the talent pool diminishing, it begs the question - what is driving Data Scientists to leave their jobs?

The Data Science job title, and the job itself, is reasonably new, having only been coined in 2008. Despite its recently evolved status, Data Science has quickly become a powerful and highly sought-after career pathway. Those who excel as Data Scientists boast a skill mix of data wiz, communication guru and trusted advisor. A mix that is both extremely rare and incredibly valuable. Given this tricky desired skill combination, hiring skilled Data Scientists can be both expensive and challenging, and retaining them can be another challenge on top of this, given the volatile and competitive nature of the industry.

As a young discipline, the role of a Data Scientist is continually evolving and with this evolution the subdomains, tools and beyond are somewhat inconsistent. As this evolution occurs, there is a challenge to manage both business expectations and those of Data Scientists.

This challenge of managing employee expectations is a large factor driving Data Scientists to either quit the field completely or hop from one company to another. Some struggling companies are falling short, failing to grasp the value brought by Data Science and where their Data Scientists fit within their wider organisation.

Freedom is vital in this field, as Data Scientists need the flexibility to experiment and explore. However, some Data Scientists fear their freedom is limited, sharing a feeling that they are being kept on a short leash. If restricted from being able to explore data freely, Data Scientists can feel their potential is being overlooked and resentment naturally can arise in response.

Looking further, many professionals working in Data Science note a lack of infrastructure as a major inhibitor preventing them from high-level work. Data Scientists want access to the latest technology and many companies are hiring without the infrastructure to allow such work. Equally as frustrating, some companies are hiring Data Scientists without actually having adequate data collection and organisation capabilities. Data Scientists are then left doing the work of a Data Analyst - cleaning and organising the data, rather than extracting value from already cleaned data.

Beyond infrastructure and tools, those working in Data Science want to be in the thick of the business, not left off to the side. Data Scientists have an innate curiosity and seek involvement in the business beyond just data and analysis. Whilst they have a passion for this data and numbers, they seek to be tested, pushed and involved in the idea generation and other value-adding services. Unfortunately, some employers fail to see Data Scientists for their value-adding potential. Communication lines between Data Scientists and business teams in turn are fickle and the benefits from working together can be overlooked.

As the buzz of Data Science continues to climb, the generous salary and sexy job title is seeing more professionals jumping in. With this ongoing hype, obtaining and retaining top Data Scientists should be a top business priority. Businesses should first begin by analysing whether they have the need for a Data Scientist and the data infrastructure to support their work. From here, giving Data Scientists both the freedom needed and a platform to share their work is highly important.

As the interest surrounding Data Science progresses, businesses and Data Scientists must work cohesively to create a fulfilling workplace. This cohesion feeds into a greater understanding from a business point of view, equipping the company to best fill their Data Scientists’ cups and reap the full business benefits a Data Scientist offers.